Alongside the conservation repair works at St Mary Magdalene Church, Paddington, Caroe Architecture were appointed as conservation architect for ‘The Calvary’ project. The Calvary is an external post-WWI war memorial, south of the church above a light well. A Calvary is a Christ on the cross, but we have taken this to encompass the whole memorial, including individual elements of cast-iron corpus and scroll, timber structure, supports, stone plinth, and brick wall.

I was tasked with assisting the project architect with The Calvary towards the end of 2016, before any work had started on site. The work included repair and re-erection of the war memorial, and restoring the damaged structure to ensure its long-term safety (the original design failed and the memorial had became unsafe).

There was a hiatus whilst the main conservation works were carried out on the church building, during which time the Cavalry had to be covered over and protected. So it was a delight to get the work on site shortly after the wider repairs had finished, and all ran smoothly and quickly. There was great excitement when the re-gilded corpus arrived on site to be hoisted onto the cross - it’s quite dazzling!

The Calvary was officially uncovered and re-dedicated on Monday 12 November, during a service commemorating the centenary of the end of the first world war. I attended on behalf of Caroe - pleased to see The Calvary complete and shining in the sun! 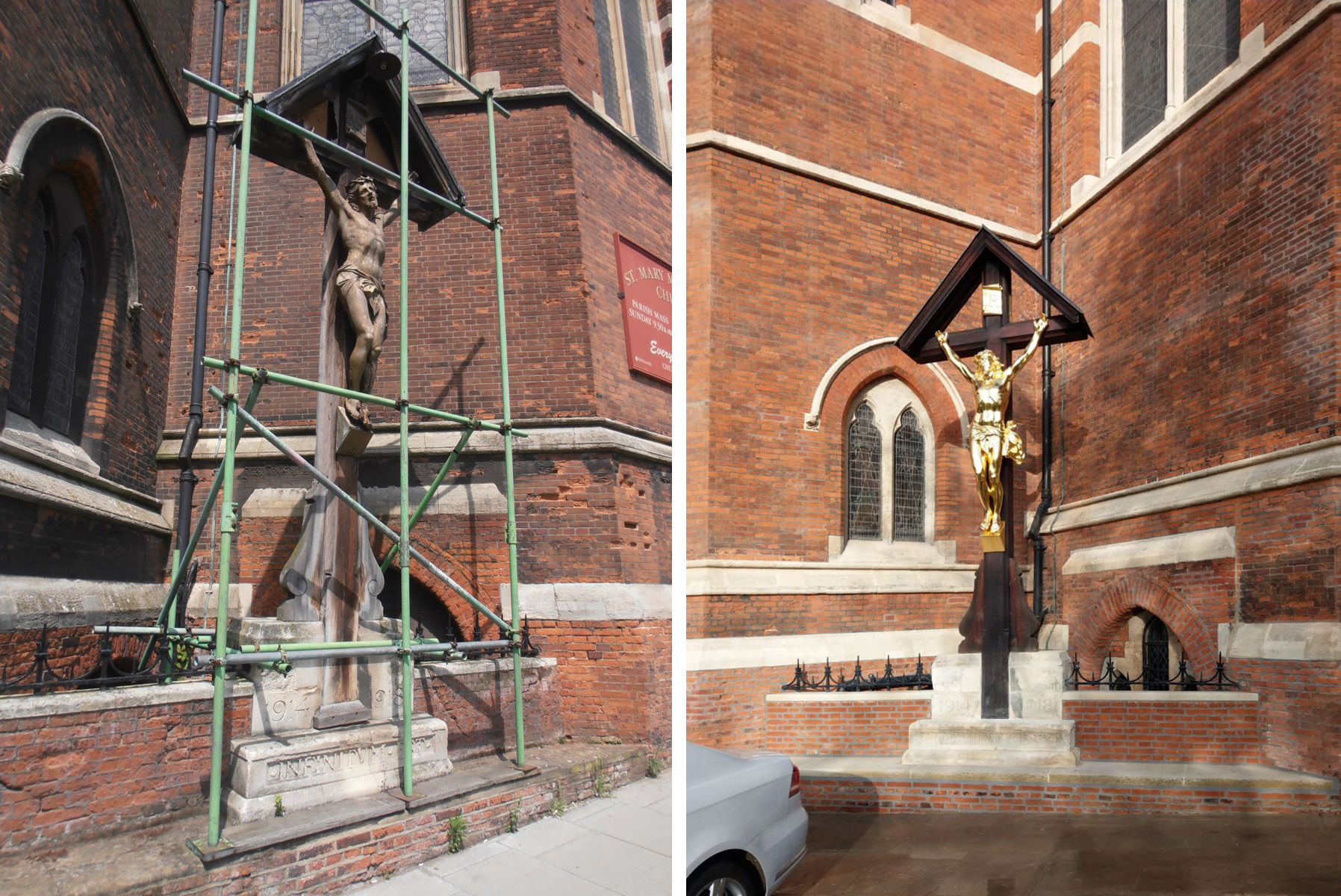