I was extremely fortunate to be offered a place on SPAB’s 2017 Repair Course. This course is one of the SPAB’s most popular, offering a full introduction to the SPAB philosophy of repair and maintenance. Running twice a year and over one week, it’s an intensive series of lectures and site visits to fascinating on-site projects.

The lecture days of the course (Monday, Tuesday and Friday) were held at St Andrew Holborn in London. The highlights for me included Tim Ratcliffe’s introduction to lime, which was very informative. Tim managed to pack a lot of information into his short talk and was a great speaker - animated and engaging. He gave us an informed grounding to all aspects of lime. Emma Simpson’s talk on brick was also a favourite of mine - having first met Emma at the Croxley Great Barn Working Party in 2014 - where she was very much ‘in action’ - it was interesting to take a step back and understand her processes from the underlying principles. Joseph Bispham delivered an engaging talk on timber repairs, which was a wonderful end to the first two days of talks and provided us with many useful hints and tips - such as for specifying timber. All the speakers left us well informed and enthused for the days to come.

The two days of site visits started bright and early at the SPAB offices, 37 Spital Square, to equip ourselves with hard hats and high-vis before boarding the bus. First stop - Alexandra Palace, where there are currently a lot of interventions taking place. We enjoyed a debate about whether or not to open up the BBC blocked arches at the front. The Palace is currently going forward with this, in the hope that it will aid a return to the ‘People’s Palace’. 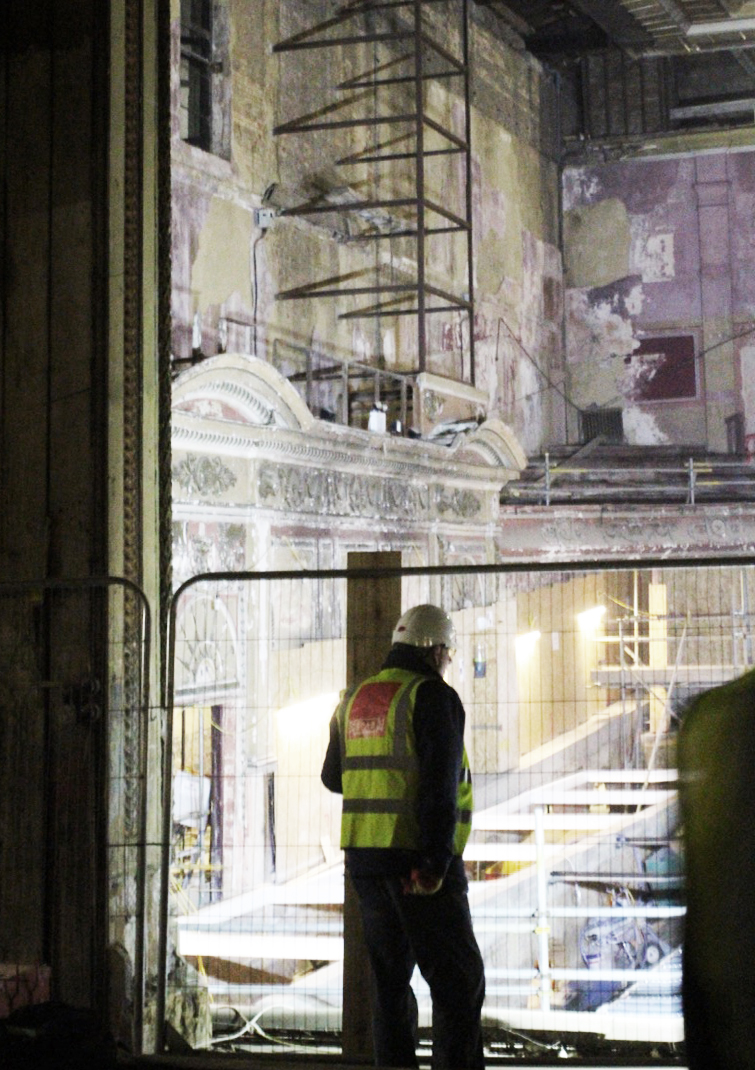 Next, we visited a development by Mount Anvil called Hampstead Manor. It was fascinating to see conservation and repair projects undertaken from a significantly commercial angle, alongside extensive new build. The tours were incredibly efficient and well run, highlighting that this was a commercial development, with slick ‘sales-pitch’ presentations and organisation. Our guide described the work to bring the listed buildings up to a modern spec, but didn’t fully explain how or the impact. One listed building - Lady Chapman - will have only its facade retained, because ‘only the facade was listed’, according to the site manager. The new building behind will aim to recreate period features. 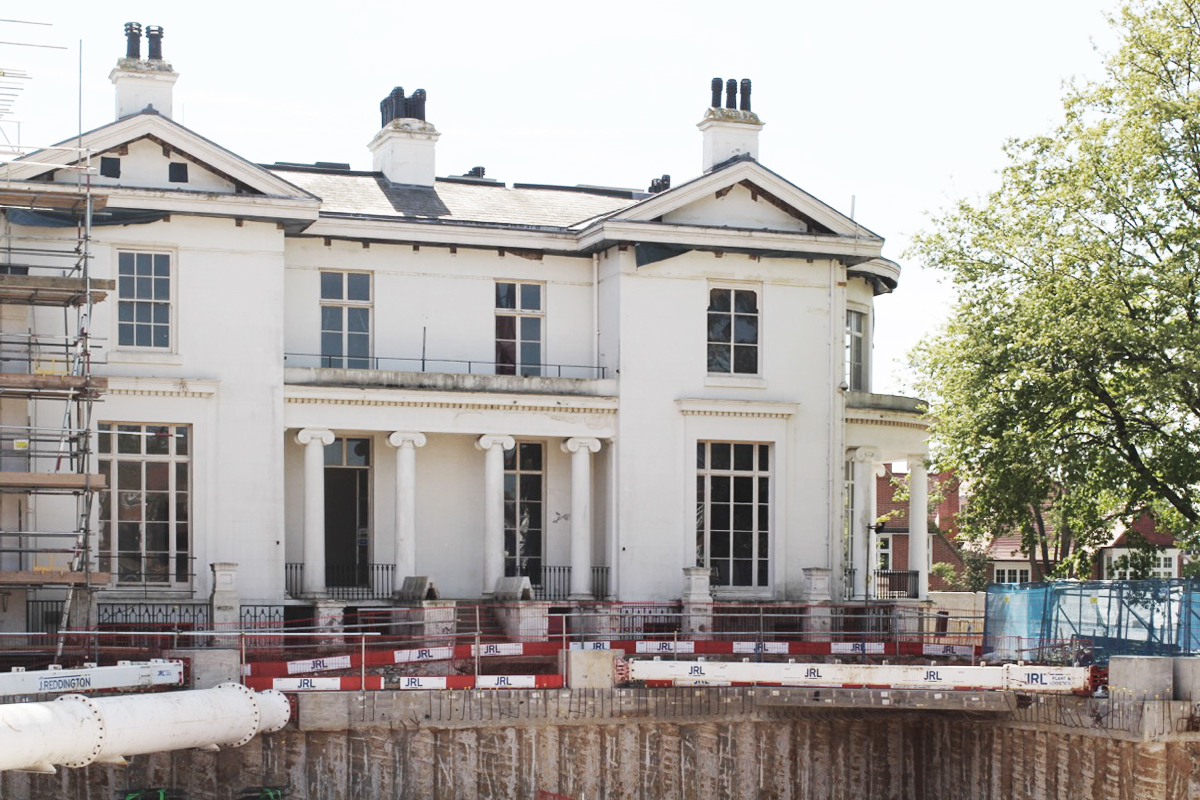 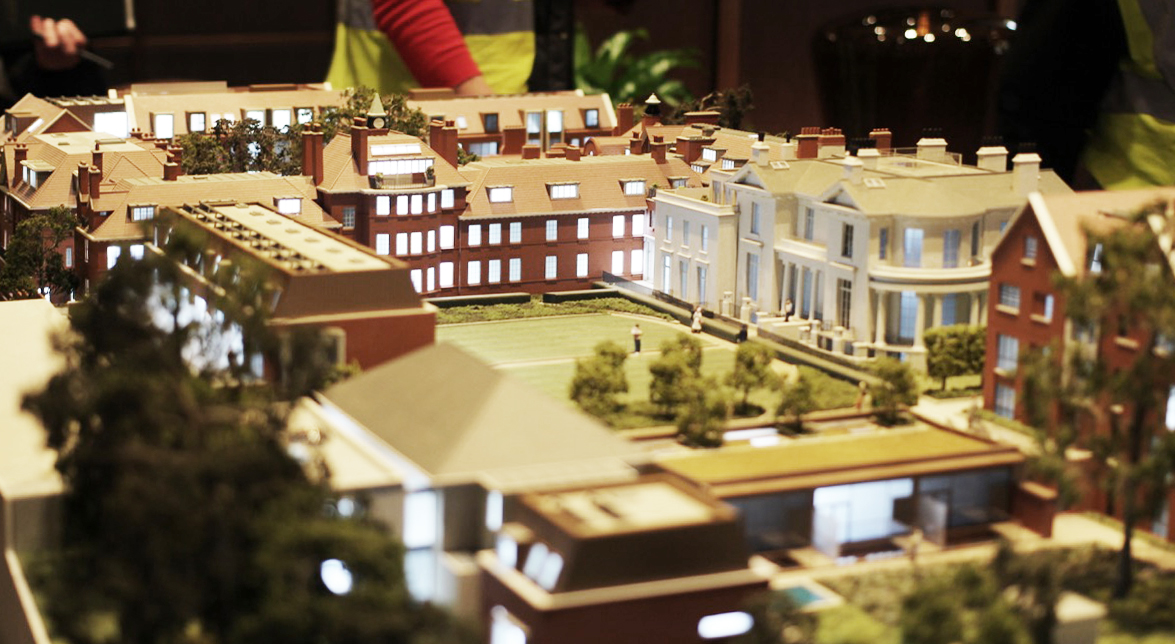 Thursday morning saw a visit to The Vyne, a National Trust property near Basingstoke. The house itself was inaccessible due to an extensive conservation repair project. However, there was easy access to the roof works; it was a fantastic site. Beforehand, I had not come across the idea of a rooftop public access scaffold before, and was delighted by the fantastic perspective it offered. Amongst many other works, there will be new ‘secret’ gutters, and other tricks so that the roof does not appear visually higher than existing, even though it will be raised by 75mm to add insulation. 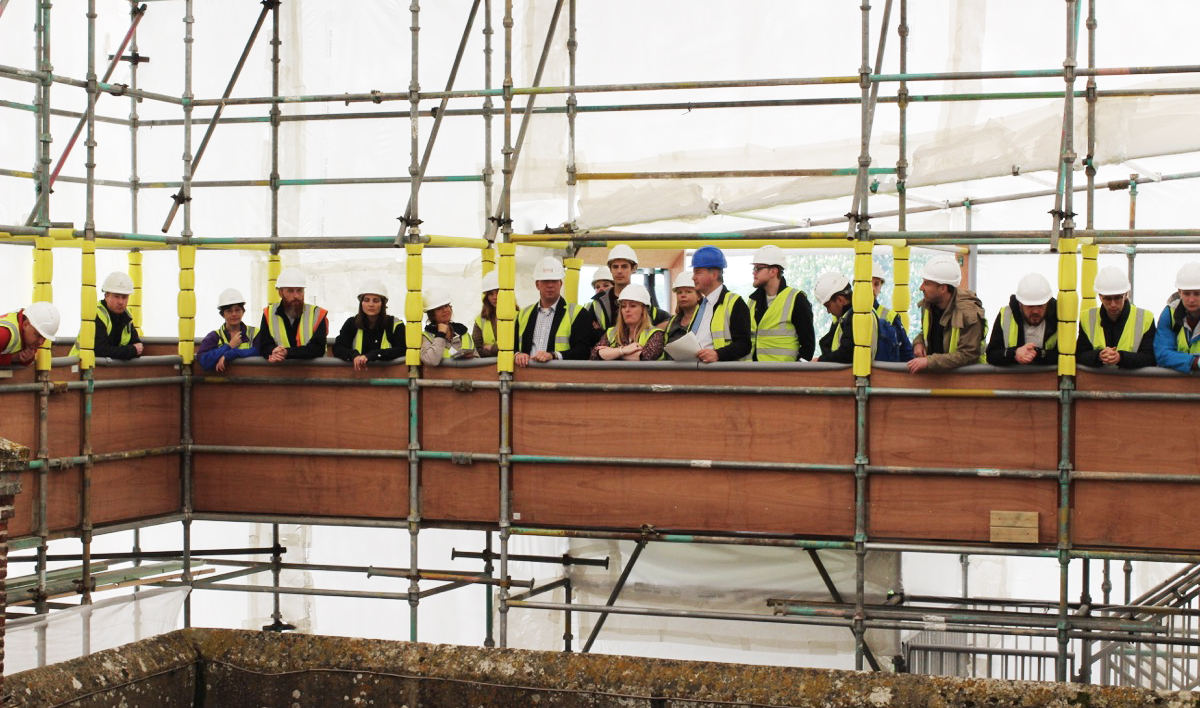 After enjoying an excellent pub lunch near The Vyne, we headed to our last site of the course - Guildford Cathedral. Our guide was John Bailey, Surveyor of the Fabric (though not the project architect for the works we saw). We were all thankful for the efficient running of the tours and evident pre-organisation.