Reflecting on the Plunket

Thoughts on the Plunket phase of the Scholarship

We were asked - as part of our final presentation to the SPAB - “what we have learnt about our study topics during the Plunket phase, and personally what we have learnt about country houses from our visits.” It was really useful to sit and reflect on this highly unique nine week period which was spent staying at a different country house each week, all across the UK.

My study topic was ‘Mythology and iconography’. I chose to explore the influence of different architectural periods on iconography, and in turn how stories may have influenced any developments to the building over time. I looked at the mythological content of as many aspects of the house as possible (the building, its collection, gardens, decoration). I wanted to gain an understanding of the story behind the symbols.

I’ve learnt so many very specific things within this topic, such as the meaning behind certain heraldry, classical myths associated with certain statues or paintings, and symbols to show the power and wealth of the family. In addition, I’ve really widened my architectural vocabulary!

Various sketchbook pages showing some of the myths, icons and symbols uncovered in the country houses.

Through the study of my topic, I was able to learn a great deal about an area I previously knew nothing about, which was the art, furniture, and generally the interiors of country houses and their collections. I learnt all sorts about objects and furniture that I hadn’t known before, and found that my study of the country house went deeper or tangential to the built fabric of the place, which was unexpected. I think this period has therefore widened my interests in the allied arts. For example, it was fascinating at Holkham Hall to see how the artwork and statues were arranged in each room by theme, and I enjoyed learning about the ‘story’ of each room through its collection. 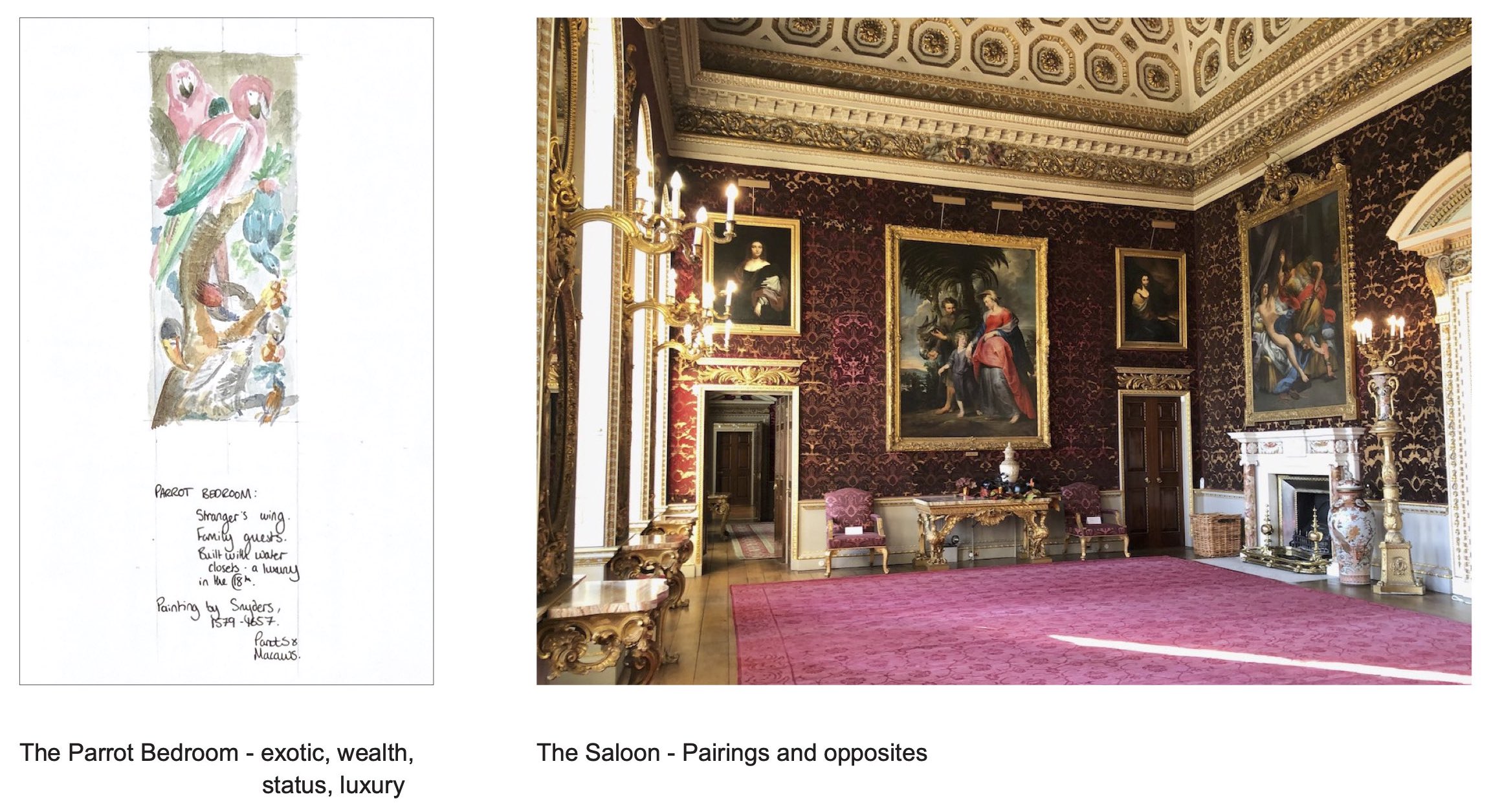 But I’ve learnt so much more outside my topic, about country houses generally and the people who live in them. Talking to the people living and working at these houses was one of the most rewarding parts of the last 9 weeks of the Scholarship.

Most of the houses I visited I’d say were ‘old and evolved’, in that they’ve seen changes through different architectural periods, or perhaps changes when new families moved in, or the same family evolved and adapted to their modern times. Alongside that, it was fascinating to look at the collection and how that tied in to building evolution. 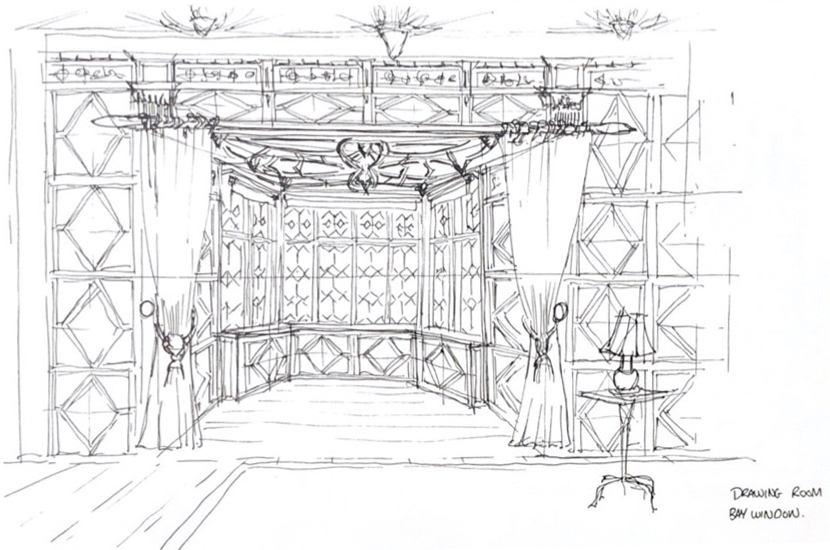 The bay window in the Drawing Room at Levens Hall, showing Elizabethan plasterwork and later furniture.

I could discuss this at length in relation to specific houses, or make comparisons between the houses I visited, but that could be a thesis in itself… As a brief example - Levens Hall typifies the 'old and evolved' house. It’s Elizabethan with a Tudor core, and has been updated by various generations of the same family. In contrast, the Manor at Hemingford Grey, though also very old (it’s a Norman Hall) has only housed the current Boston family for two generations; the furniture and interiors all speak of a more recent era. 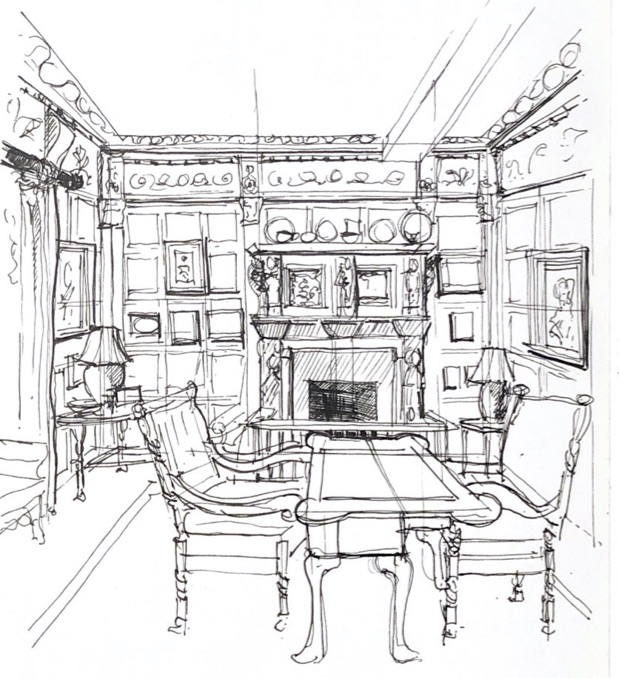 The Library at Levens Hall - a good example of the 'old and evolved' country house type out of those I have visited. 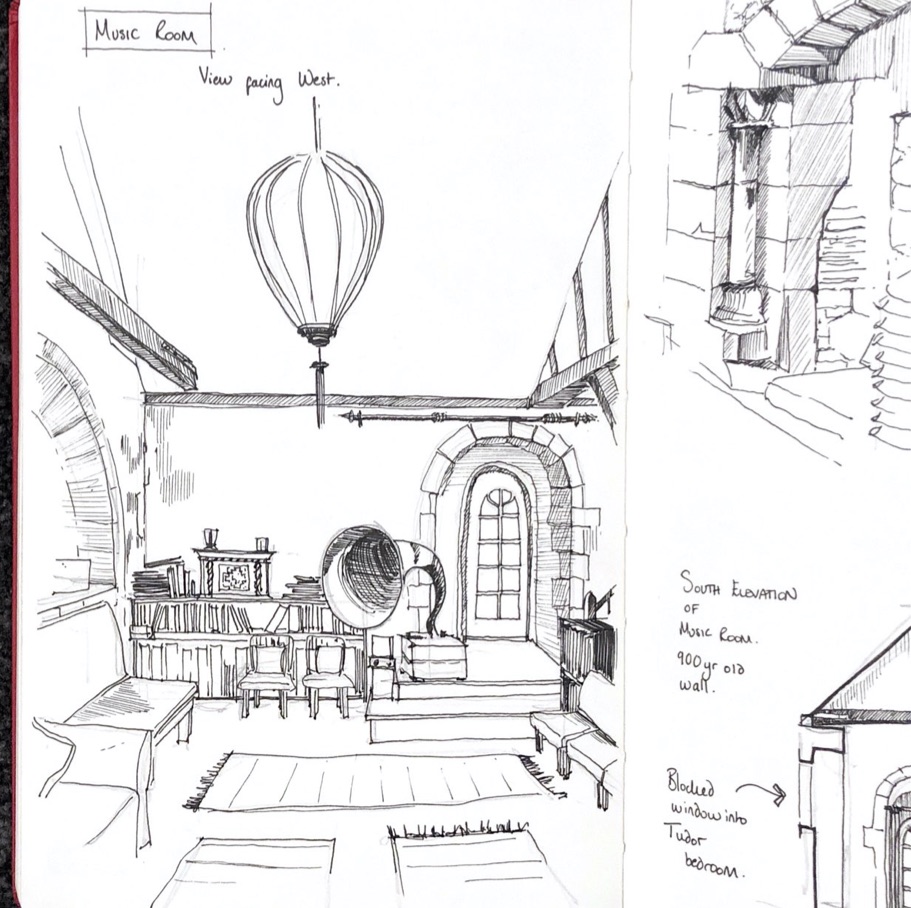 The Music Room at Hemingford Grey. Previously part of the Normal Hall, this room was used by Lucy Boston during WWII for gramophone record recitals to the RAF.

I also tried to discuss with the families (or I see for myself if I was living with them) how they live in the house. I’m a curious person and love seeing how other people live! But speaking to them was valuable to ascertain the various ways in which the estate conservation is managed and financed.

Some of the houses I visited had a distinct family ‘wing’ with separate state or ‘historic’ rooms attached. These had the feeling of a museum attached to the family’s home. With these, the tendency was that part of the house felt more commercial and touristic, or a wedding factory; such as at Holkham Hall and Chavenage. In other houses I visited, the family might use all the rooms on a daily basis. These houses managed to maintain a family, personal feel throughout. It was interesting to learn how these differences enabled the family to earn money and fund the upkeep of their home. 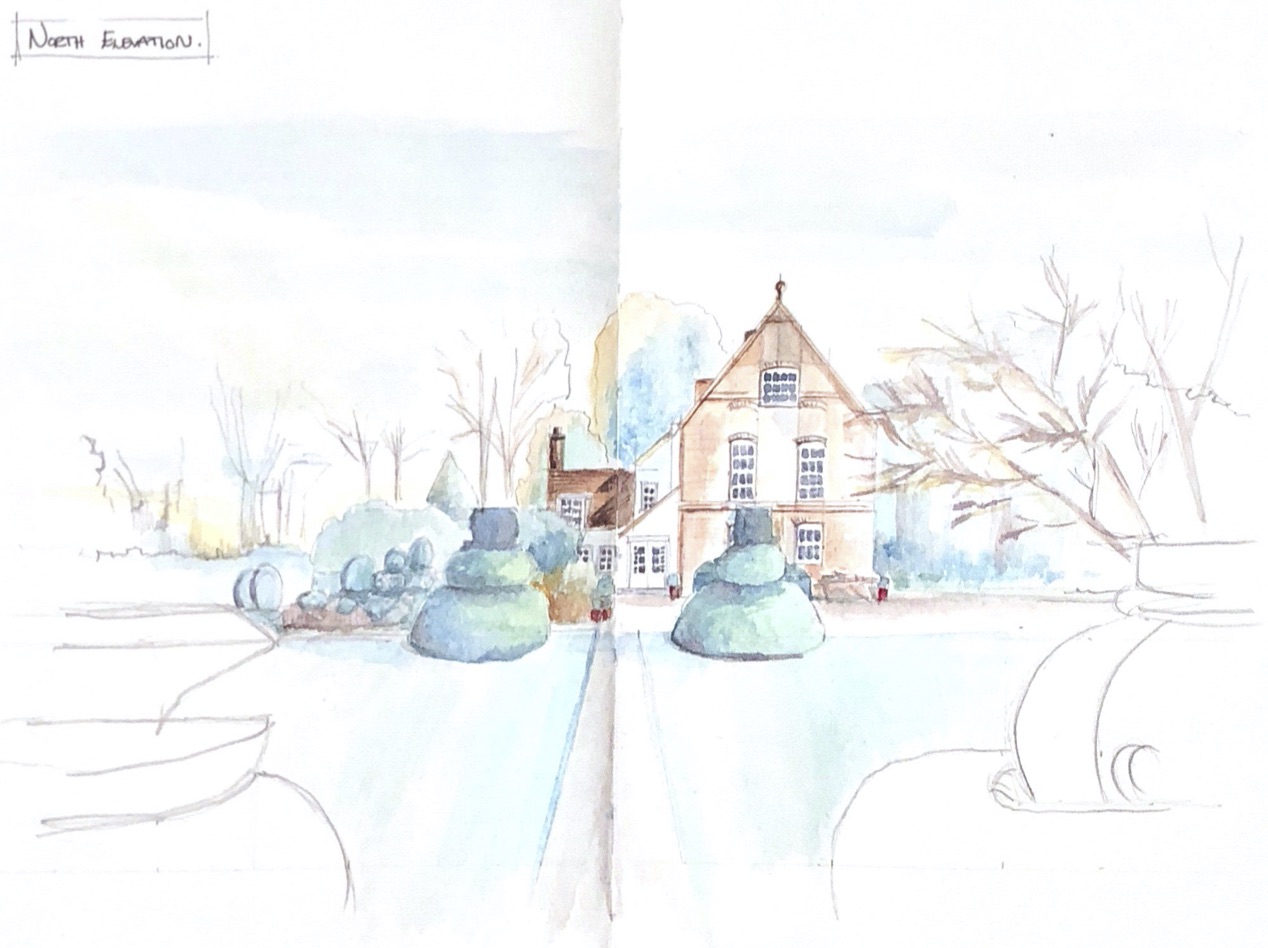 Watercolour of Hemingford Grey Manor. All the rooms at the Manor are used by the family on a daily basis; it has a lovely, warm, homey feel throughout.

The general theme was that there are limited resources available, and so various questions naturally arise. How do the family prioritise building and collection conservation? How do they maintain privacy whilst generating an income? This was all fascinating to question, see and learn, and I know will be very useful going forwards!