The second Recall Day to Cambridge University for me took place via Skype from the GSSI. Despite a terrible internet connection, a lot was learned from the 4 groups of speakers which can be used primarily for the Realisation Essay (the next submission), but also for the upcoming thesis and design project.

In particular, I found the talk by Natalia very useful for my project. Her work in Porto followed a similar line of design research to my own project, such as working within a heritage context to revitalise a city and rehabilitate it's abandoned structures.

The following diagrams illustrate the basic information gathered for my Realisation Essay, and how it was shaping up prior to this recall: 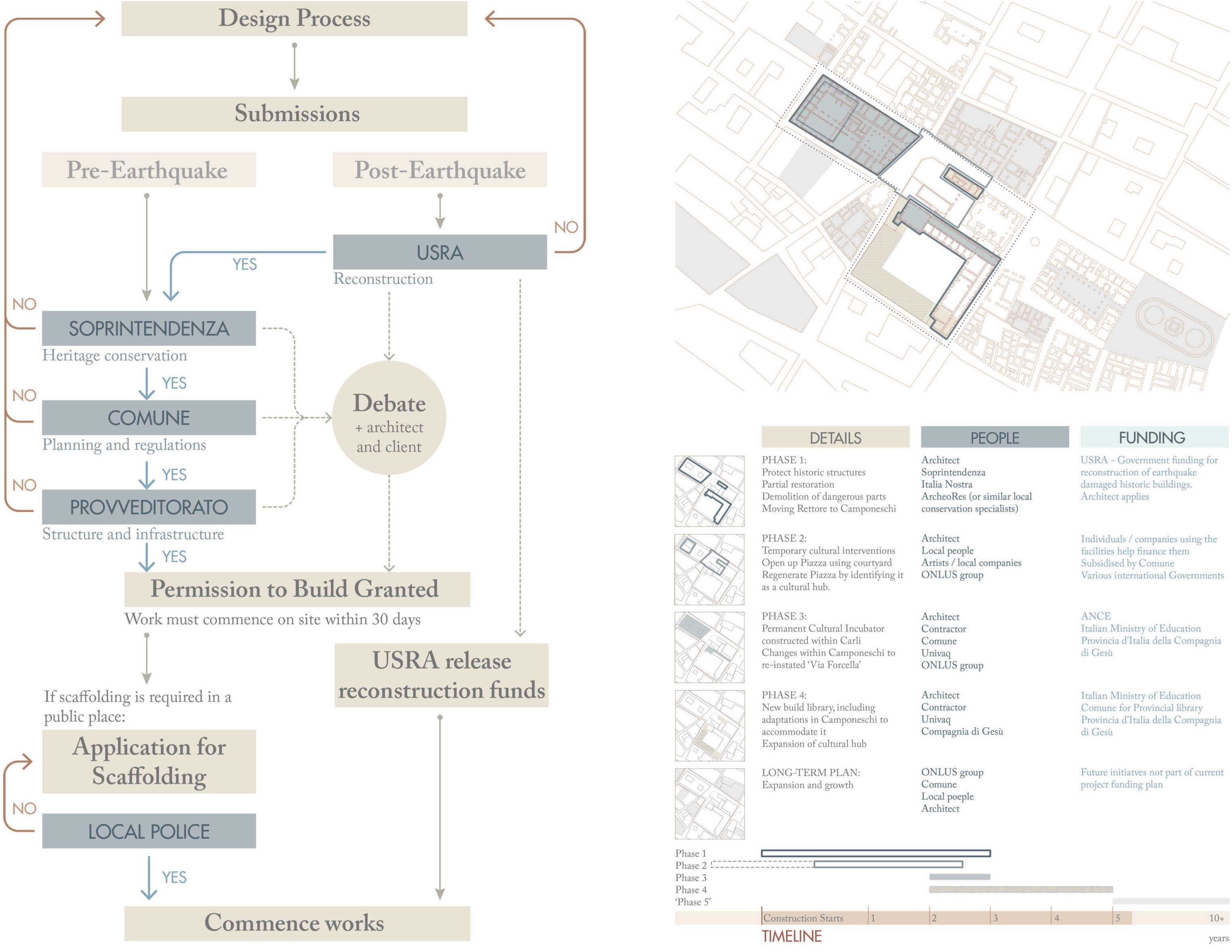 Flow diagram to show the process of project implementation: 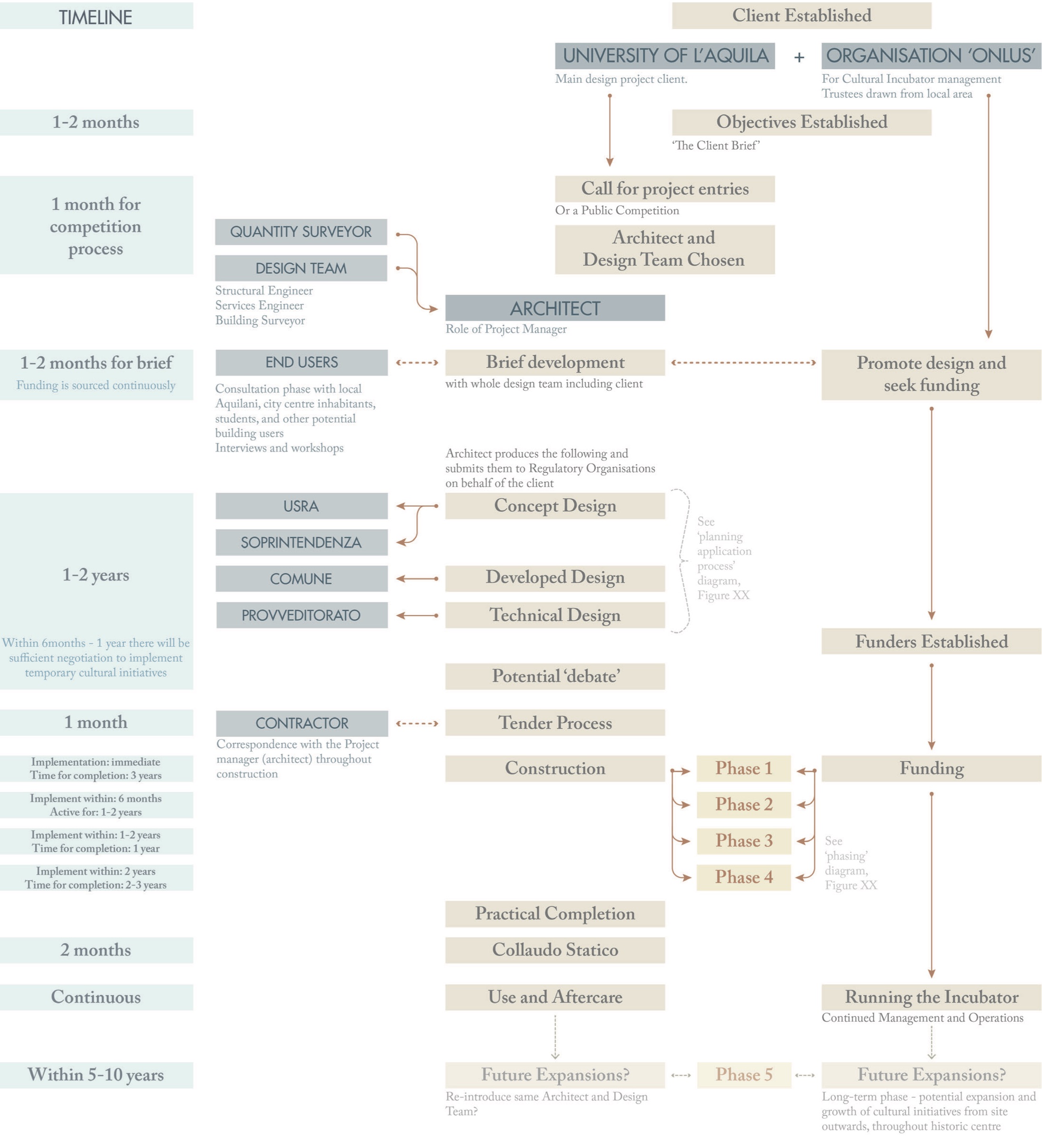 However, following the discussions held throughout this day I find it necessary to expand the essay to more comprehensively cover the issues 'on the ground' in L'Aquila; namely, the problematic post-earthquake reconstruction progress and trajectory of the city following the very poor decisions made in the immediate earthquake aftermath. I will specifically focus on issues such as corruption within public works, of which there are several examples in L'Aquila post-quake.