Living with Earthquakes: towards a model for Amandola and the Marche Region

Following the recent earthquakes in Italy (at the end of 2016, and early 2017), my previous Master’s thesis supervisor - Antonello Alici - chose to direct his annual summer school towards post-earthquake issues. (A Summer school under the title of The Culture of the City has operated since 2014, usually based in Ancona, and involving five European universities. Previous iterations had studied in particular the lost relationship of the contemporary city with the historical centre of Ancona. The courses draw upon the long tradition of the ‘Grand Tour’ by artists and architects, inspired by the historical city. It is run by the Università Politecnica delle Marche, and led by Antonello Alici.) As well as honing the summer school themes, Antonello sought a collaboration between the Universities involved to more proactively engage with earthquake issues in a collaborative, multidisciplinary fashion.

To that end, a series of discussion forums were held at the University of Cambridge in 2017. Initially to establish interest and the purpose of a future project, the first formal ‘post-earthquake strategies’ meeting was held on 2 March 2017. This conference introduced the town of Amandola as a case-study project, and laid the groundwork for future collaborations and seminars.

The first seminar was held on 24-25 October 2017, and titled ‘Living with Earthquakes: towards a model for Amandola and the Marche Region’. Hosted by Jesus College, Cambridge, the intensive programme and periods of discussion were highly informative. I made my own small contribution by giving a lecture, fitting into the seminar outline as detailed below:

“The city of Amandola, in the Marche region of Italy, suffered a series of earthquakes in 2016. They were of unusual length, and affected an extensive area, resulting in the loss of a significant amount of cultural heritage. This conference, concentrating on a single town, brings together international experts ranging from the disciplines of engineering, earth sciences, sociology, architecture, history and the history of art, to address holistically an issue that is frequently only looked at with a narrow focus. It will introduce a number of longer-term research and education programmes, to be based in the town of Amandola itself.”

I think that everyone left the seminar informed and with a sense of purpose, eager to embark on the next stage of the ‘Living with Earthquakes’ project. 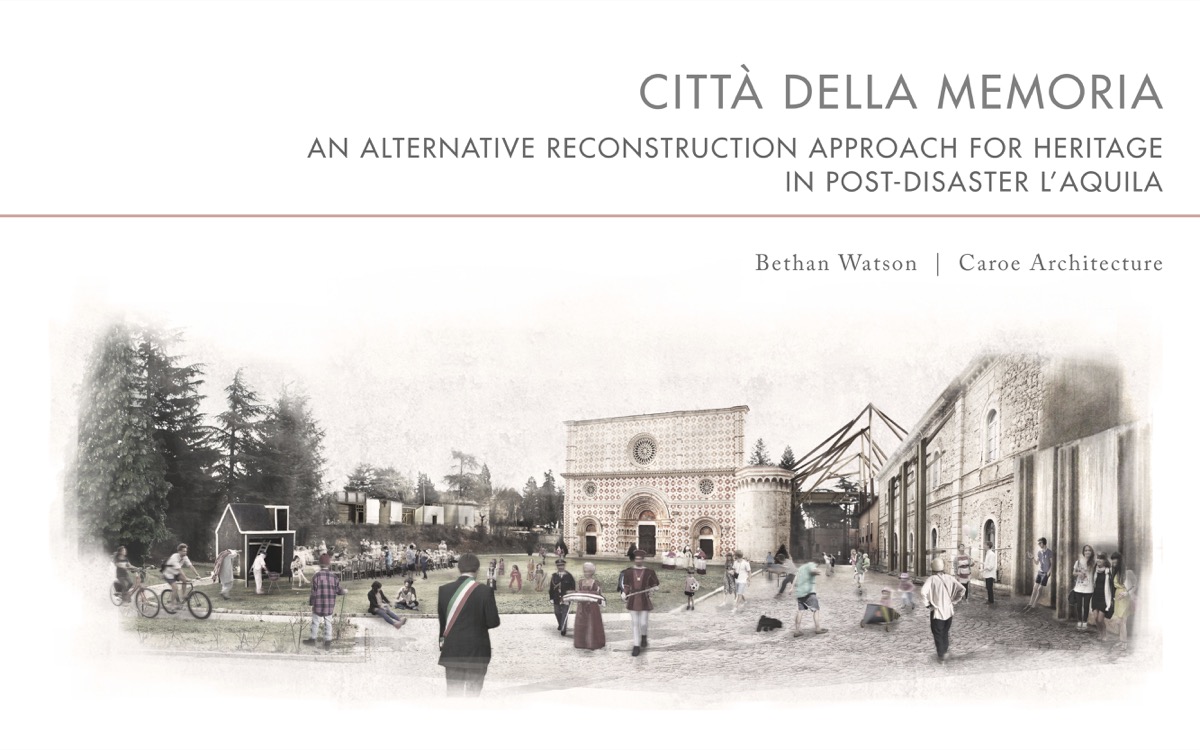 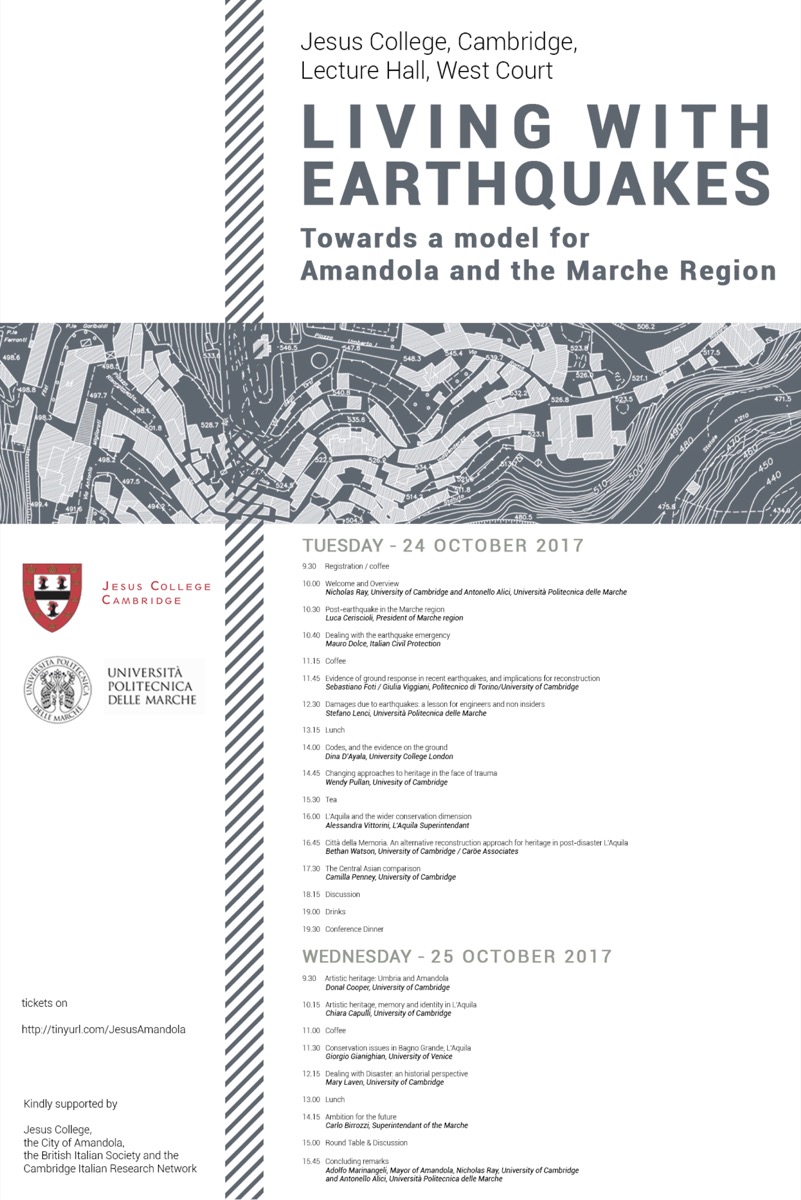 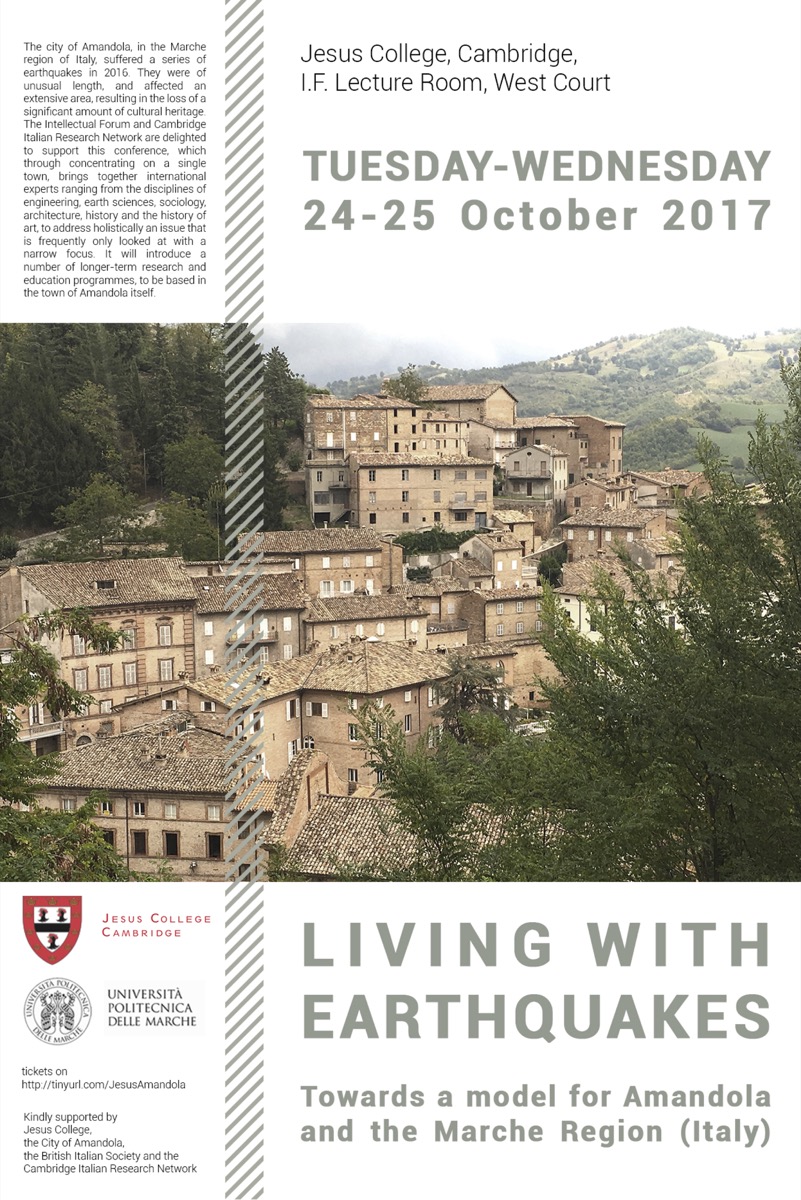 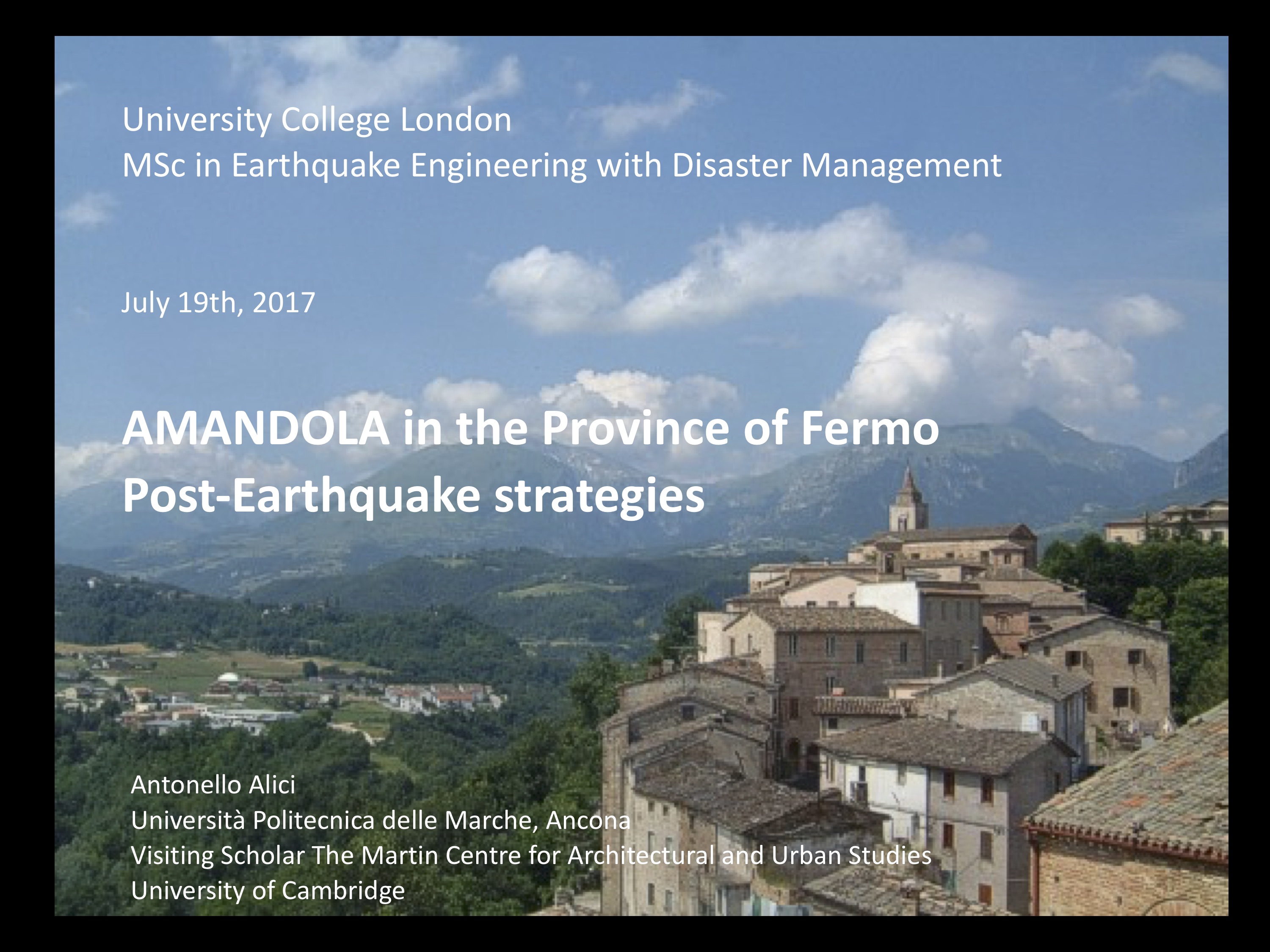