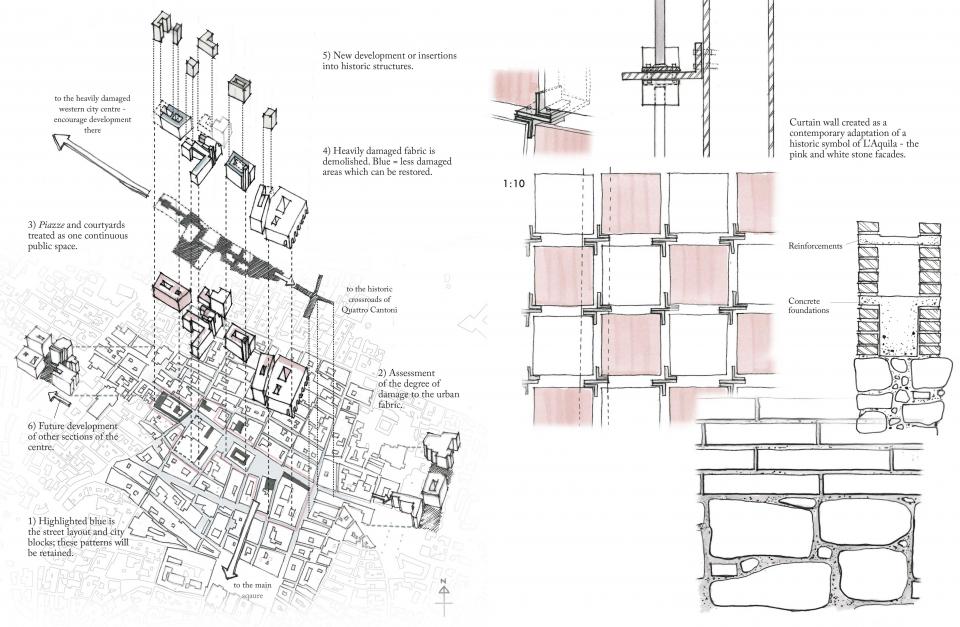 Initial planning meeting for the forum on L'Aquila, 3rd November

In July 2015 the GSSI hosted the second of their three-part public forums on the reconstruction trajectory of L'Aquila. The central concern of the three forums is 'The future of L'Aquila', and they discuss on the work in progress in the city. They discuss the redevelopment that is emerging from interventions of physical reconstruction, and the economic, social and political life of the city. Contributors are those from organisations engaged in the active citizenship of the city, their projects and the image of the future city that they hope tell.

At the second forum in July, they introduced a number of problems in the city based on in depth analysis of several specific conditions - such as transport, accessibility, dislocation to the suburbs, amongst others. The focus of this forum was the development of L'Aquila as a 'city of knowledge'. It was held in the Auditorium del Parco - L'Aquila's most important venue post-earthquake - and a number of the GSSI students and lecturers spoke.

The third forum will take place in December 2015. It is a continuation of the first, following similar topics but perhaps being a bit more oriented towards specific reconstruction approaches and outline design proposals. There has been a shift in the central focus or theme - now, it is L'Aquila as a 'city of culture'. As Antonio Calafati (the director of the Urban Studies PhD programme at the GSSI) explained, this shift has arisen because the idea of a 'city of knowledge' led to developing the scientific role of the city, as emphasised by the nuclear physics institute in the Gran Sasso mountains nearby. However, Calafati and others believe a more cultural approach is appropriate, which looks at the city in terms of it's potential to be a centre for not only science but also the humanities and the arts.

At the meeting on 3rd November at the GSSI, we discussed the content and theme of the next forum. I will be contributing to this third and final conference. This will predominantly be through the display of a poster, which will form one of a series of posters by others from the GSSI, all of which will propose speculative design schemes for the redevelopment of the city. My own will involve an elaboration of a sketch scheme produced in October 2015 (the images on this page) for my site in the historic centre of L'Aquila. It will also combine some form of interaction with the public. As attendees will be mostly local Aquilani, it is a good opportunity to receive feedback and ask questions about their city. Perhaps the poster will include space for local people to write responses to questions such as 'What is your favourite space in the city?', 'What is most important to you about L'Aquila?' and 'What do you miss from before the earthquake?' 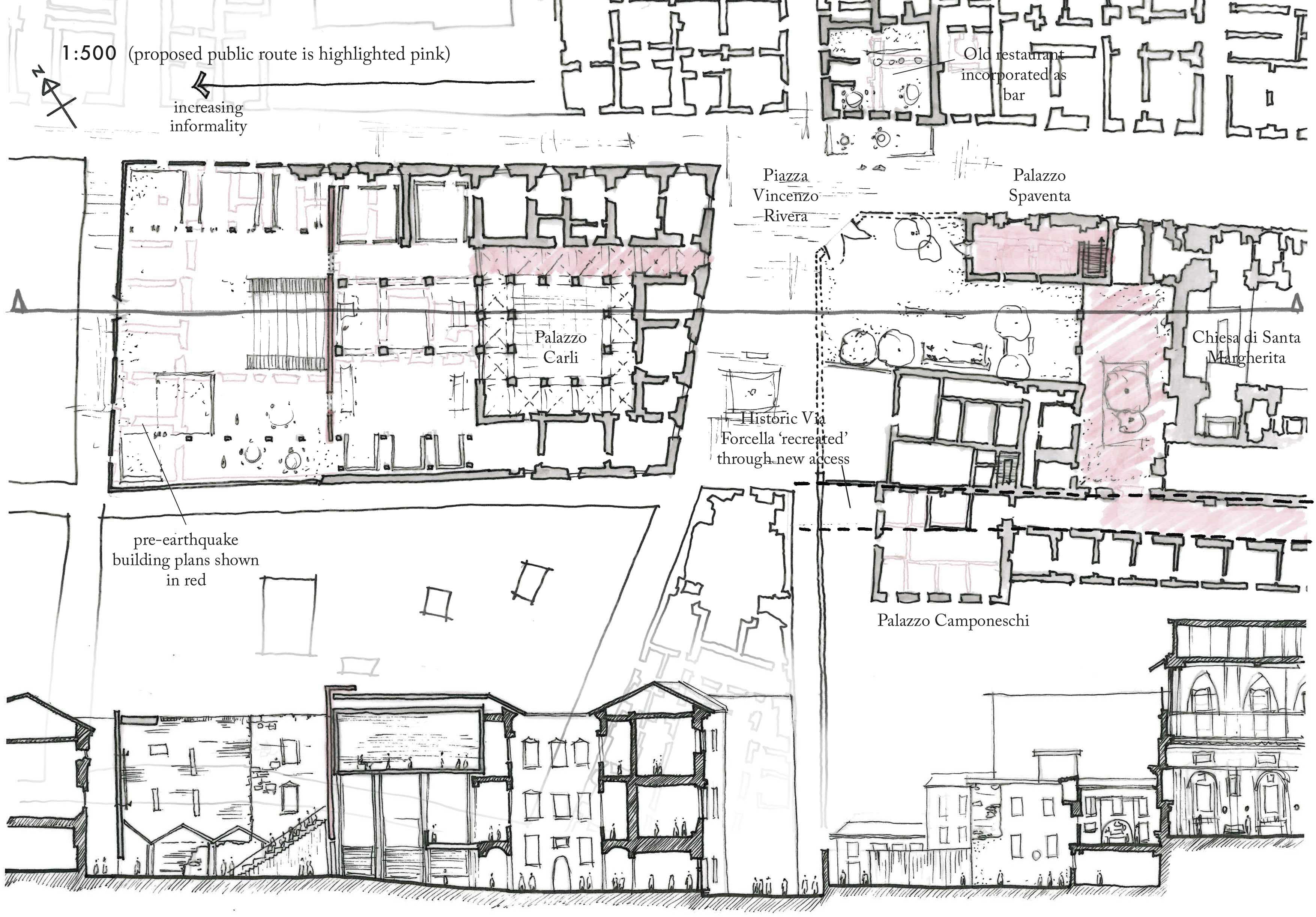 I will also collaborate with some of GSSI students in the preparation of their presentations for the Forum. Unfortunately for me, the forum will be held in Italian so I will be unable to present myself; however, I have the opportunity to research and help write one or two of the presentations and their associated papers. Topics might include the strategic development projects for the city, the space of the university within L'Aquila, and public spaces.