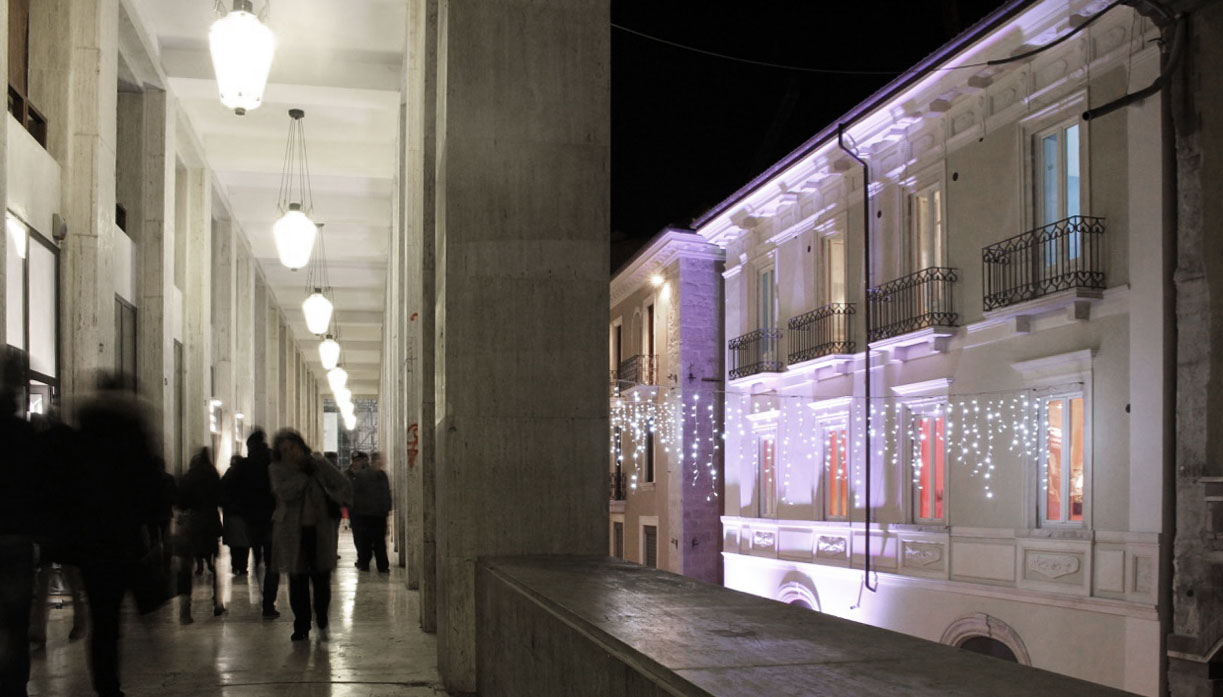 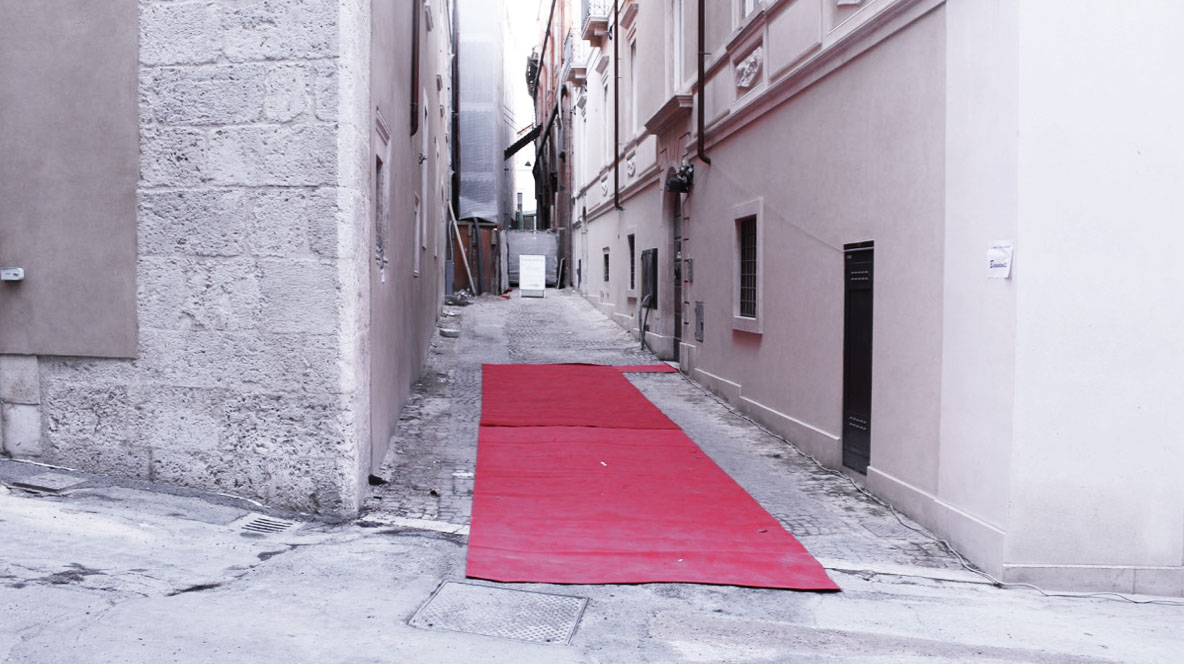 'L'Aquila, è ora di Ritornare' was organised by L'Aquila Design, Paponetti Soluzioni Immobiliari (property solutions) and B.L. Immobiliare (real estate). The event was a fairly grand opening of a newly restored building on Via Tempera, just off the main street, and near the crossing of the Quattro Cantoni. 'Grand' in the sense that there was a red carpet, champagne, live jazz, lots of reporters and temporary art exhibitions in the otherwise empty rooms to draw in the crowds. At least, that it what I later read on NewsTown - I arrived several hours too late, missed the champagne reception, the music, the crowds, and apparently the heating... Despite risking frostbite, it was interesting to see the restored residential Palazzo in this central location, and how it has been converted into several large apartments. 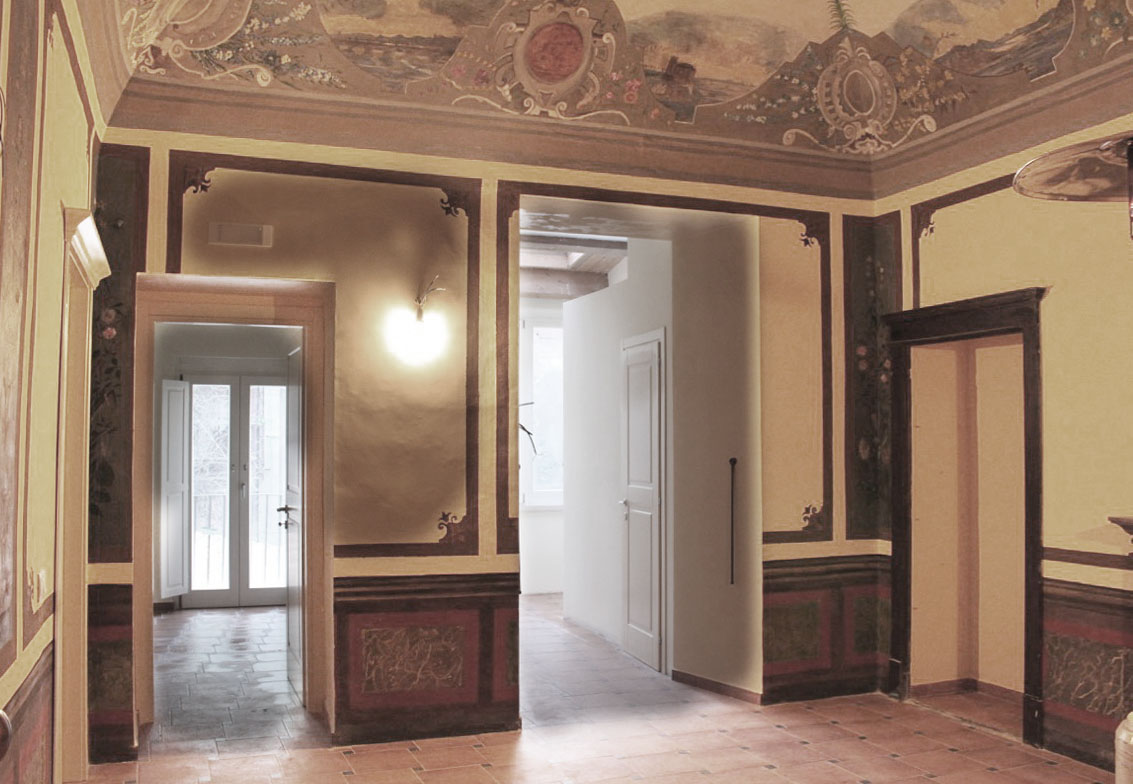 The following is how the Facebook page described the event:

To enjoy the city and the center, occupying its lost spaces with renewed energy, contributing to its beauty, and participating in its regeneration, we bring you our Christmas event - this year even more special. The site chosen is an aristocratic building... which will be returned to the city fully restored. On the occasion of its opening, some important local individuals and companies will set it up with items of furniture and art trails. One apartment will be recreated with the furnished rooms of everyday life. In other rooms we will exhibit works of artists from L'Aquila: Roberto Grillo, Piotr Hanzelewicz and Giancarlo Ciccozzi... Much more will be shown besides through pictures of the recovery, which highlight the incredible discoveries in the building which will be announced on the day. Anyone who wants to can, for a moment, re-live the full ancient life of L'Aquila... Look out to the window arcades, visit exhibitions, listen to lectures, as they did a few years ago. It's time to return.

After visiting the Palazzo, I began to shoot the time lapses for a short film I plan to make on my observations and experiences in L'Aquila. It is amazing how much attention you can attract in a small, empty city when you have a tripod. One of several local people I spoke to during shooting was a guy who informed me that later that afternoon there would be Jubilee celebrations for Papa Francesco outside San Bernardino, and the opening of the Porta Sancta at 17.30 (sadly not, as my poor grasp of the Italian language first had me believe, that Papa Francesco was himself in L'Aquila). For a Sunday, the centre of the city was therefore unusually bustling. 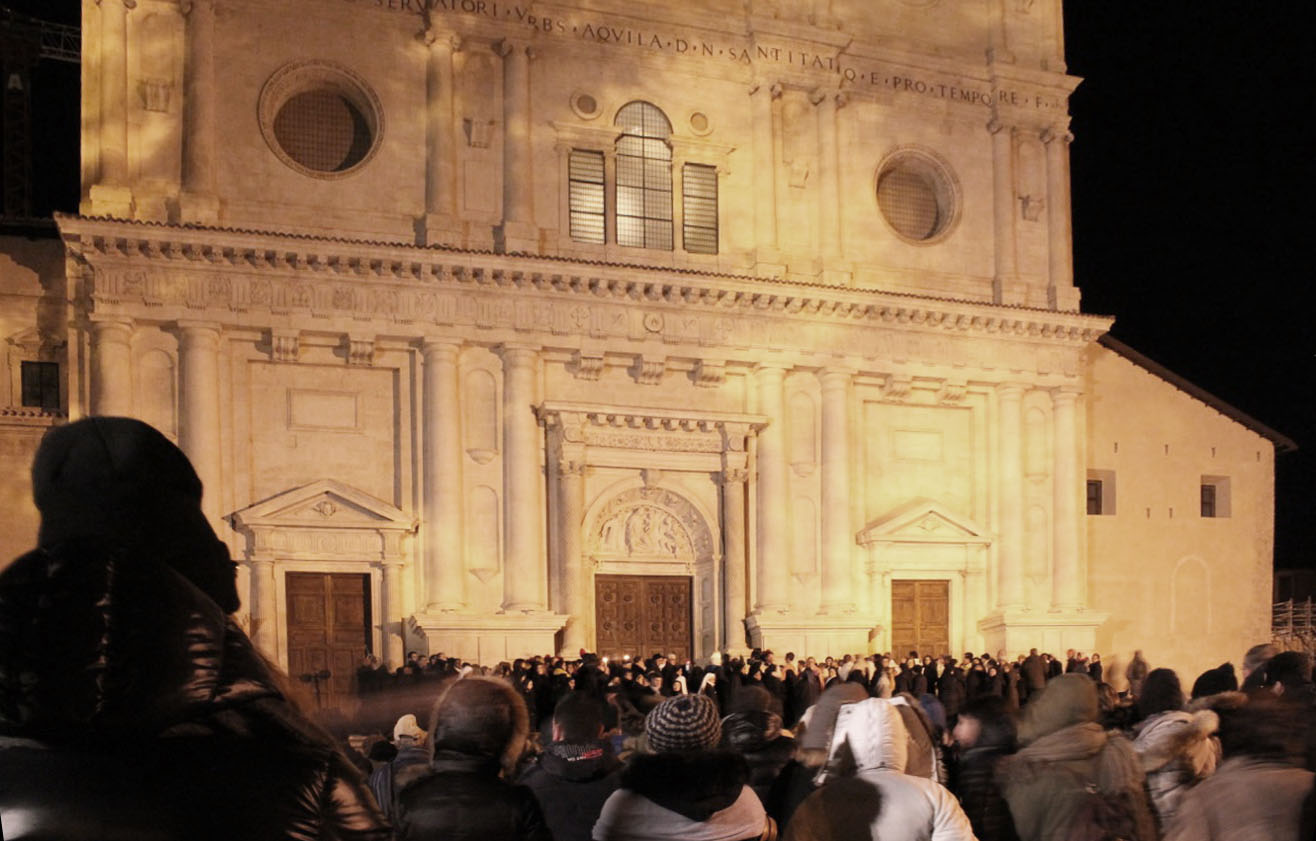 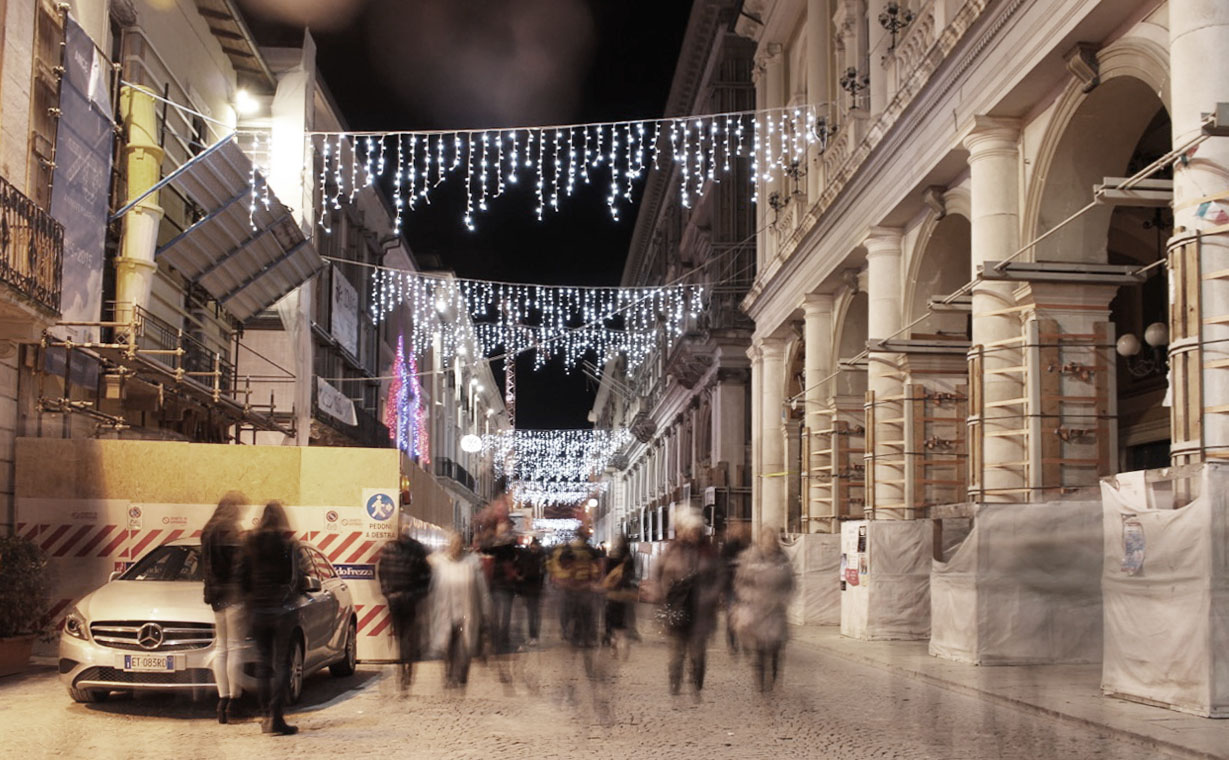