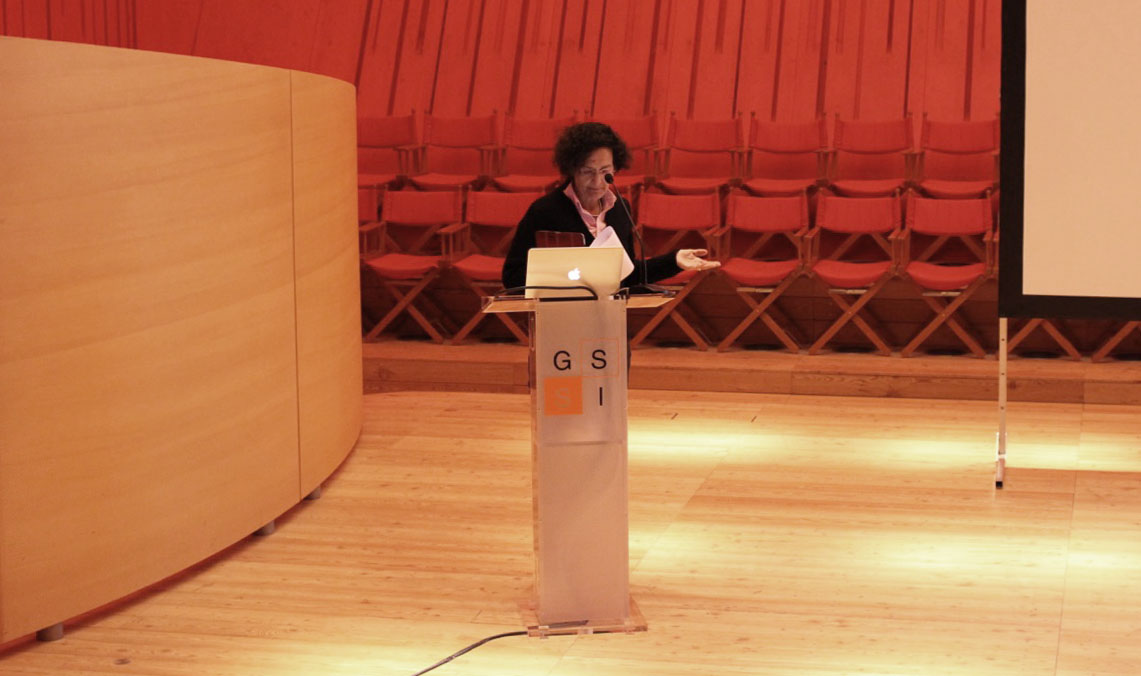 Inverardi at the L'Aquila Forum, discussing the post-earthquake development trajectory of the University.

Meeting with the Rector of the University of L'Aquila, 10th December

The University of L'Aquila are the 'client' for my project. I visited the Rector, Paola Inverardi, to discuss the project brief and the buildings which the University own in the historical centre of L'Aquila. In particular, we discussed Palazzo Carli and Palazzo Camponeschi, which are the key sites for this project.

Inverardi has particularly progressive ideas for how these buildings should be rehabilitated post-earthquake. I was quite surprised, because during my time in L'Aquila I have met only a handful of influential Aquilani who disagree with the dov'era com'era pattern of restoration currently taking place.

The most important aspects of the conversation are given below:

Financial limitations: The University were given €40 million to restore all their buildings - not a lot! Had to make choices. They had damage in all their structures, so the money was split. In the centre, they decided to put €12 /13 million in to Camponeschi, and nothing for Carli because it is too expensive. Instead, they put it in the official list of public buildings. So it is still owned by the University, but they are waiting for more money.

Camponeschi post-earthquake: Rectorate will be moved there. Currently under reconstruction so they can move back at the end of 2016 (should have been moving in in July, but it was delayed). They will be the first main public institution to go back into the centre. The University pushed for parking to be constructed under the garden - it is possible to build a 2 storey car park under there, but it was too expensive and would have further delayed everything.

Carli post-earthquake: The University don’t need more space - there is a new (pre-quake) Humanities building. There is no urgency to restore Carli for their own uses. Palazzo Carli isn’t the best building in L’Aquila. It has been altered so much over the years, but keeping the block and street shape is important. But, it would be better to do something modern, sustainable, etc. with this building. Inverardi is pushing to be braver than the Soprintendenza. For example, she thinks the building on Via Roma (another University building) is fake now it has been restored. They will try to be ‘braver’.

New Idea for Carli: University will offer Carli, or at least a part of it, to host entrepreneurial initiatives in areas of culture - spaces to rent short-term to people who want to start new enterprises. There is a precedent in London - InnovationRCA Incubator, and Accelerator London (London Met - a tech startup incubator). Idea started by saying ‘what can we put in the centre to revitalise the town and be productive?’ In Italy / Europe 'they' talk about creating economic revenue from cultural activity. So the University wanted to create a facility to attract people from Rome, wider Italy, and abroad.

The scheme is for a ‘Cultural Incubator', which is not conventional, both in terms of restoration and function. This is just one place, as an experiment. If it succeeds it is a seed for other areas - think ahead to do something different. (Inverardi thinks it is too late for L’Aquila, because they didn’t do this from the beginning, but it can still be a precedent for future disaster recover ideas.)

There is a private initiative by ANCE, who hired architects and sponsored a design project which they offered to the University as inspiration. It’s ok, but not as radical as Inverardi would have liked - she wanted it to be more disruptive. The University cannot run the ‘incubator’ initiative, so they need a private entity to keep it alive, i.e. some sort of private initiative to set up, organise and run the ‘incubator’ itself. Inverardi said 'No museums! They are not very sustainable, and what L’Aquila needs is something with revenue, or something to help the economy.' 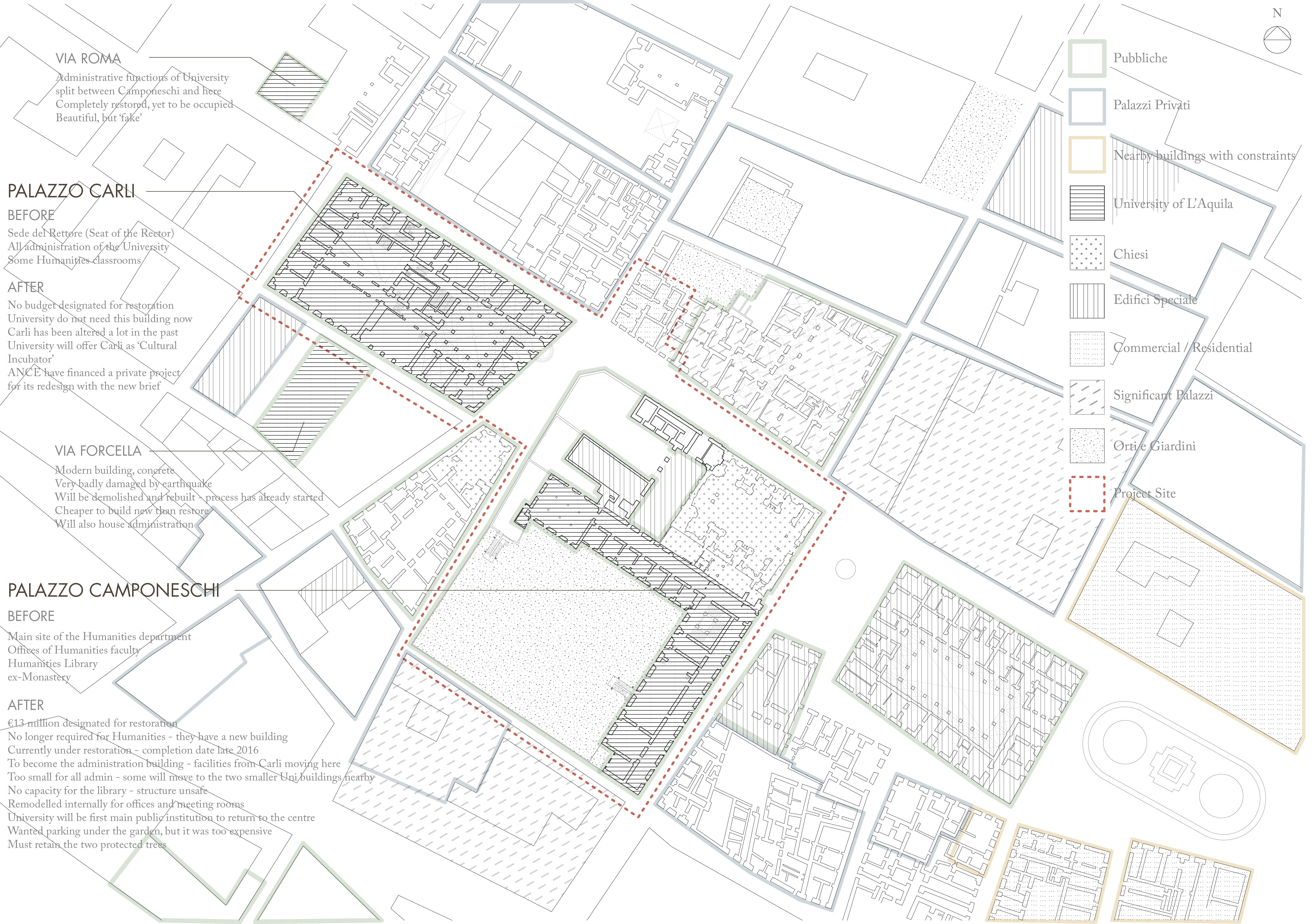 Existing site plan. 'Before' and 'After' refer to the 2009 earthquake.