Romolo Continenza is the Drawing and Survey Associate Professor at the University of L'Aquila. We met to discuss the next essay, and he was extremely helpful in answering my many questions about how one would realise a project in L'Aquila. As a practising architect with a few projects on site in the historic centre, he was able to give me detailed accounts of the difficulties constructing here post-quake, and more generally the significant bureaucratic issues with building in heritage contexts in Italy. He was able to provide me with information about the planning process in Italy, directing me to useful websites such as that of the Ordine degli Ingegneri della Provincia dell’Aquila (the Order of Engineers of the Province of L'Aquila): http://www.ordingaq.it.

As with a number of other Italian architects I have now spoken to, he was skeptical about the possibility for realising the new build I intend on my site. Furthermore, he had himself proposed a new build scheme in that exact location for the University of L'Aquila, which was denied funding. But it made me optimistic that there is a desire for a building in this location.

Continenza's usual office is at the Dipartimento di Ingegneria Civile, Edile-Architettura e Ambientale, which I have previously described in an earlier blog; it is in the outskirts of the city, close to the L'Aquilone shopping centre and very hard to reach by bus. However, where I met Continenza was at the other Facolta di Ingegneria - just as difficult to access by bus, and significantly more isolated. In fact, by the time the bus had climbed to the top of the mountain on which this department is perched, we had ascended into thick fog and deep snow. When the snowfall stopped for a moment there was quite an amazing view over the L'Aquila plain. But the bleakness and dislocation of this faculty from the rest of the city really made me wonder why on earth it was here... especially when there is a historic centre full of empty buildings! But this is the case for most of the University of L'Aquila, which even before the earthquake had its departments dispersed across the periphery of the city. 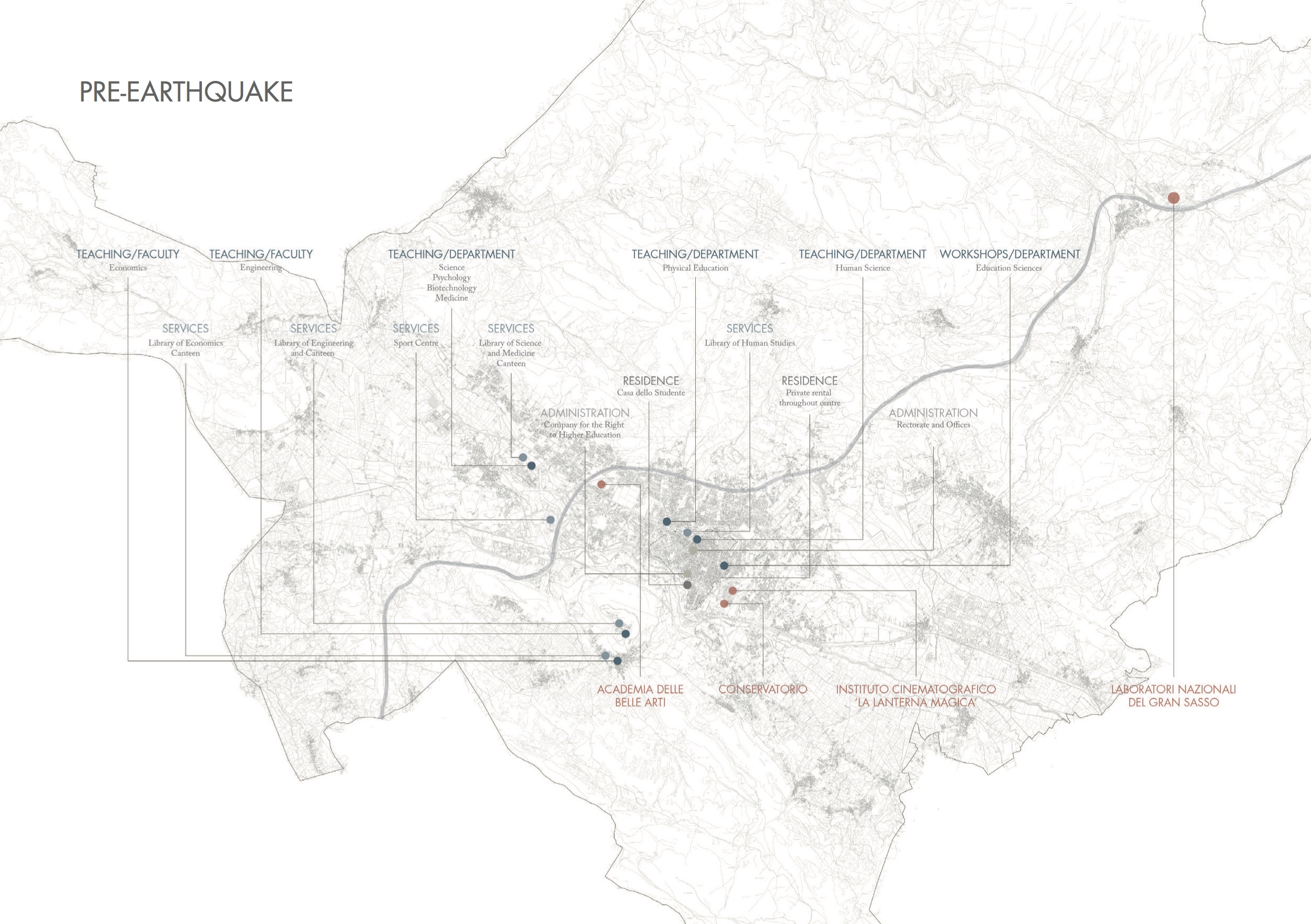 I was advised to contact Continenza by Giulio Tamburini, who I met in Rome on the 24th November. Tamburini used to be L'Aquila's town planner, and he gave me some background information about the development of L'Aquila as a physical entity, which has been useful to frame the current post-earthquake situation. Tamburini stressed the pre-quake importance of L'Aquila as an administrative city, following a change in it's economy after the industrial period ended in the 1970s. It is clear that the loss of administrative functions in L'Aquila has been a major influence on its struggling redevelopment trajectory. Based on my choice of site for the design project, he also offered some useful insights into the history of the University of L'Aquila (who currently own the buildings). Tamburini said that there is the post-quake issue of how to organise the seat of the University, which, as I have observed first hand, is currently scattered throughout L'Aquila's periphery. 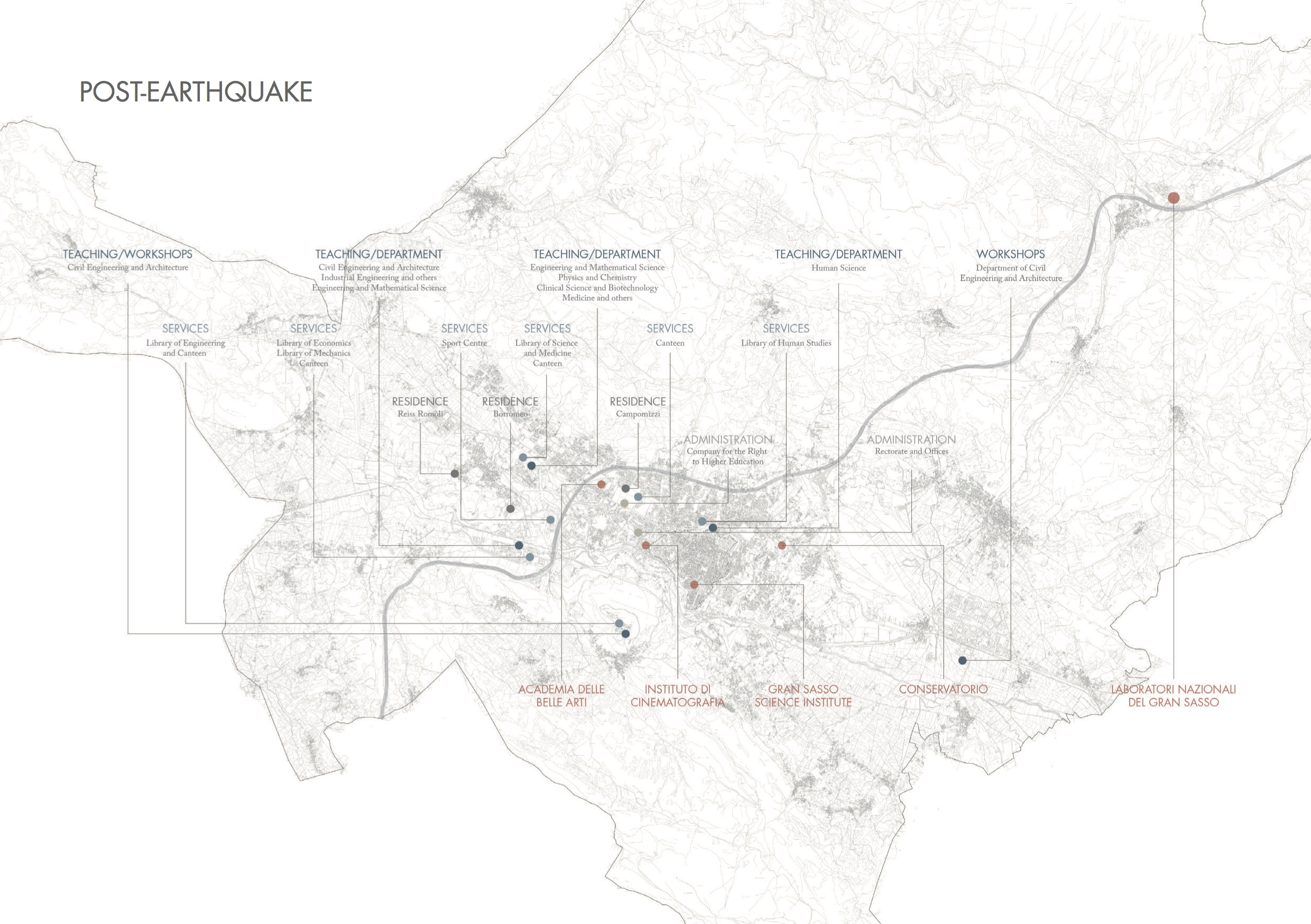